You might have heard his music on radio or during the World TB Day stadium performance earlier this year. Steve Otieno is a 24 year old TB advocate and musician. His is a sad story of loss and pain, and a strong will to survive.

Steve had a brush with TB earlier most. At the tender age of two, he lost his dad to TB and at three years old, he lost his mum to TB as well. He was then taken in by his grandmother who raised him till he was seven before she too passed on. His aunt who lived in Kibera later took him in. Sadly, she also passed away when he was nine. Faced with such loss and disappointed with life, he ended up as a street boy; feeling unloved, lonely, and fighting to survive each day. 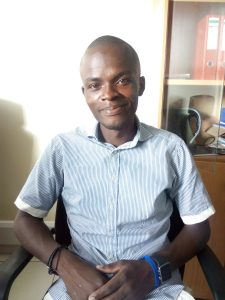 After spending two months on the streets, he was approached by well-wishers from an Seventh Adventist church in Olympic Kibera who took him to an orphanage. He was able to continue with his studies to class 8, and at that point got lucky enough to be sponsored by Christian Church Fund to further his studies to Form Four.

Steve always knew music was his path and thus participated in Music festivals and other music events. After school, he wrote his first song ‘TB ina Tiba’, which unfortunately did not garner as big an audience base as he had hoped. He wrote an English version of the same song which he dubbed ‘Save the World’ in order to reach a wider audience even beyond Kenya.

Even then, he was very passionate about TB and wanted to play a role in advocacy, he just didn’t know how to go about it. He then decided to consult the internet. He googled TB related organisations in Kenya and discovered Stop TB Partnership-Kenya (STP-K).

He shared his life story with STP-K through their website. Soon after, Evaline Kibuchi, Chief National Coordinator STP-K contacted him and it was then that he actively became involved in advocacy.

According to Steve, the loss of his family has taught him to be strong and resilient. He views his parents’ demise as an opportunity to both educate and sensitize people about TB using his music. “Nothing is hard. A single step makes a distance,” he says.

Steve aspires that his music penetrate the grassroots and the crevices of our communities, so that everyone is made aware that while TB is a killer disease, it can be treated. 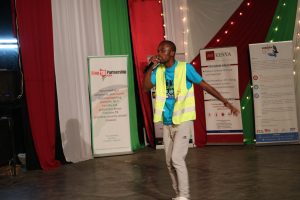