“No one is immune to TB. If you want to stay off TB, don’t breathe and if you don’t breathe you will die,” these were the words of Honorable Stephen Mule at the launch of the Child-Friendly TB Medicines in Kenya.

In his speech during the Child-Friendly TB launch, Mule reiterated the goals of WHO of ending TB by 2030 saying there was no reason why Kenya should not end TB. He portrayed gratitude to the TB Alliance, WHO and Stop TB Partnership for ensuring that Kenya is now in a position to treat pediatric patients with the appropriate formulation. He stressed out for more commitment towards the fight against TB, and he promised to use his position to reach out to the Global TB caucus for more investment in the Stop TB initiative. 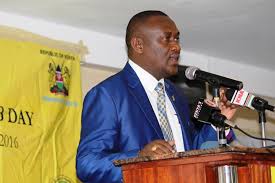 He serves on the Kenya Parliamentary Health Committee which has demonstrated a commitment to ending TB and has been on the fore-front in allocating resources to the poverty-related diseases. He was also the founder of the Parliamentary Human Rights Caucus. He will be representing parliament in the upcoming Lung Union in Liverpool.

Honorable Stephen Mule is the Chairman Kenya TB Caucus and doubles as the Chair of Africa Parliamentary TB caucus. He is the Member of Parliament Matungulu Constituency.

The Stop TB partnership acknowledges Hon .Stephen Mule’s efforts in the fight against TB in Kenya and globally.

Prev PostKenya makes history in the war against TB among children
Next PostBattling with TB: Mother and Son